There’s a group on flickr that I found a few years back that hosts a “Day in the Life” photography assignment on the equinoxes and solstices during each year. I’ve participated in quite a few over the last few years (you can see all of mine here) and have been trying to get back into the habit since B was born. Wednesday was the first day of summer which meant another DILO day, so here’s a snapshot of my daily life. It was a little different as it was E’s last day of staycation so he was home, but I like the idea of there being anything that could happen on any given DILO day. 🙂 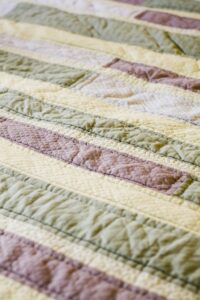 B has been getting up at all kinds of crazy times lately, but he happened to wake up at around 7 on DILO day, which works for me. The first thing we do is change a diaper (which E did), make the bed, and tidy up the bedroom and bathroom. 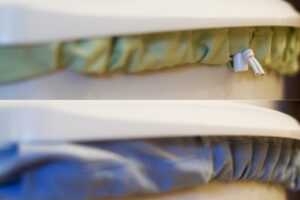 Diaper bin: before and after.

Included in the tidying is washing diapers today, which I do every other day. I figured you’d rather see subtle before and after pictures rather than being given a shot of dirty diapers and an empty bin. I’m thoughtful like that. 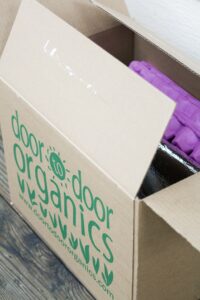 I stick the Door-to-Door Organics box out on the front porch as we get our delivery each Wednesday. 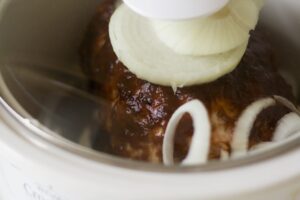 Then I throw supper in the crockpot while E makes breakfast. We’re having pulled pork sandwiches. 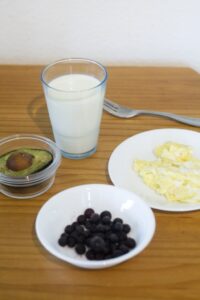 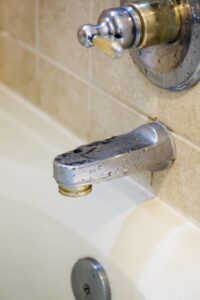 Breakfast is followed by a shower. This is super exciting stuff, folks! 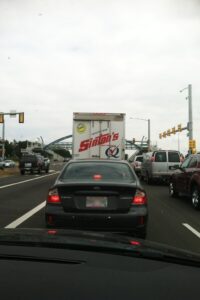 Then we’re off to the store to get a bike helmet for B. I notice this truck on the way. It’s too small to see in the photo, but I’m glad to know Sinton’s milk is “quality chekd.” 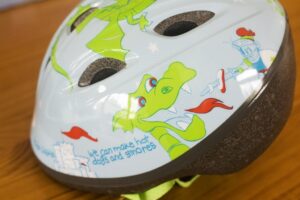 We find a cute helmet for B that’s on sale and we have some money leftover on a mall giftcard, so we’re still able to somewhat follow our No-Spend Month, even though we haven’t really been all that great about it.

After that, B goes down for his nap at 11. He usually sleeps until around 1, during which time I update and maintain my blog, catch up on Facebook and Etsy stuff, balance the checkbook, make grocery lists and meal plans, etc. etc. Usually things on the computer that I don’t generally like to do while he’s awake. 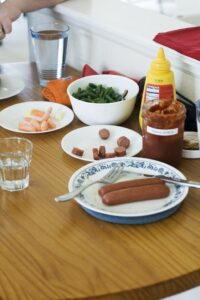 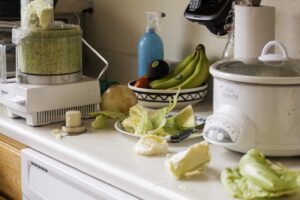 After lunch, I put together the cole slaw for supper as it has to sit in the fridge for a few hours. This includes homemade mayonnaise, so it takes some time. B and E do miscellaneous things around the house while I get that together. 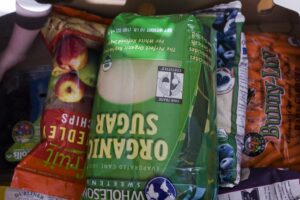 Then we’re off to Costco. The sugar is for kombucha. I’m thankful Costco has this brand as I’d spend a small fortune on sugar each month with as much as it takes to make the kombucha. We also got baked organic apple slices, organic frozen blueberries, organic carrots, organic fresh blackberries, cheese, and a frozen organic fruit mix that we use for smoothies. After Costco, we come home and go for a quick bike ride, but I didn’t get any internet-okay photos from this outing. 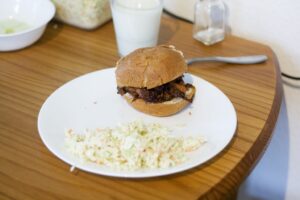 Then it’s time for supper! B actually has some coleslaw and a leftover cheeseburger from the night before. The pulled pork is a hit, but neither of us is a big fan of the cole slaw, so I need to find a new recipe. 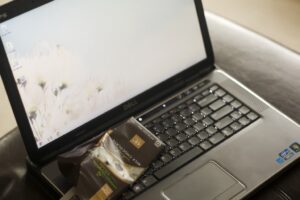 After supper, I clean up while E gives B a bath. While they’re reading stories, I get some time to myself so I relax with some chocolate and surf the net. After they’re done reading, I go in to nurse B to sleep then E and I watch some TV together before we call it a night.