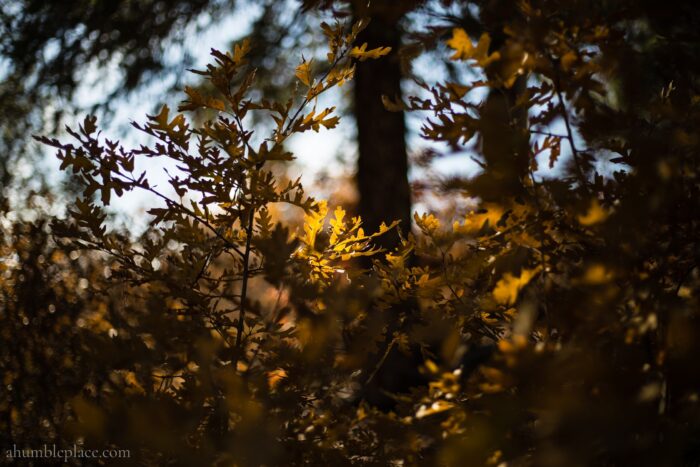 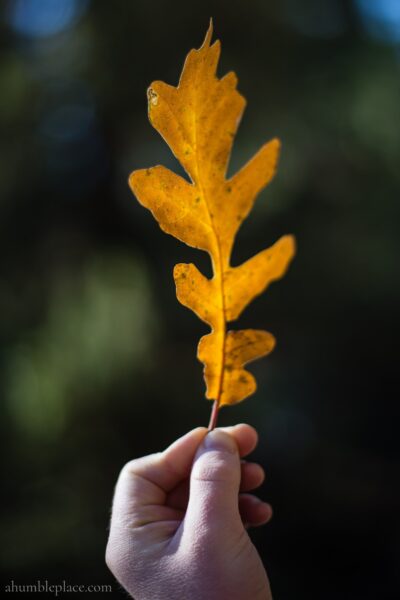 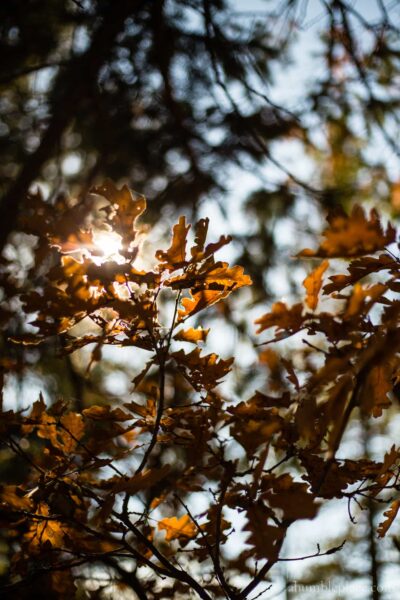 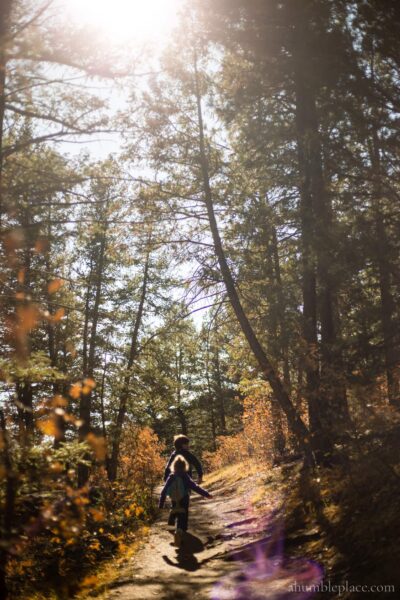 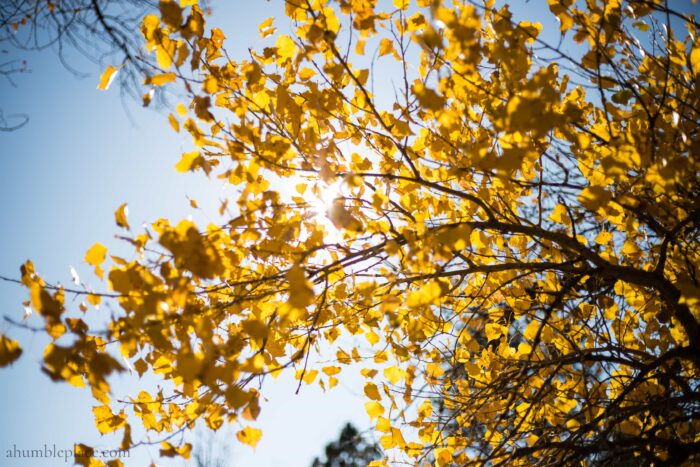 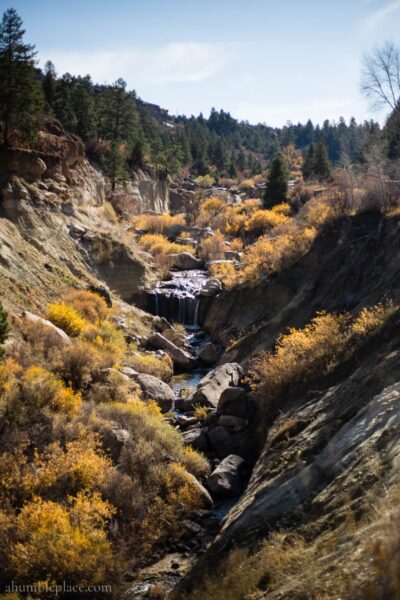 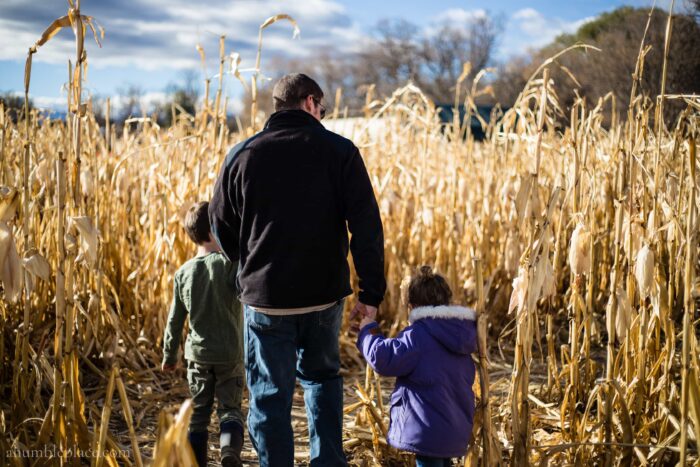 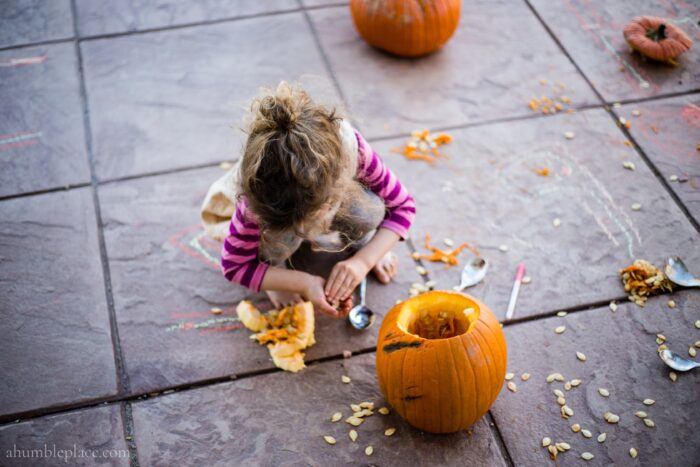 As I was making my way through this post, I realized that I wrote ONE post the entire month of October. ONE. I don’t necessarily feel guilty about that, especially considering that that ONE post was a picture study aid (which do take time) and I kept up on prints. Still…. I think it’s more sadness. It’s an indication of just how little time I have for things for myself these days.

In other news, Camilla, despite all odds, is still with us. Among various other health-related issues involving many visits to the vet and lots of poop, this past Sunday, we had to start giving her subcutaneous injections of fluids as she’s been having a hard time keeping hydrated lately. I guess it’s a common problem in older cats, particularly those with kidney disease (which we don’t even want to think about her having), but the thought of having to stick a needle in her and sit there while a bag of water emptied into her was not a pleasant one. E had to go out of town on Monday so the first injection fell to me…to do by myself. I was nervous, but she handled it well (even when I had to poke her again because the needle fell out the first time) and the fluids do seem to be making a big difference for her constipation. She’s also not eating which is another issue. Sigh. But she’s still Camilla under the layers of years. She still comes out from under the bed and searches for a warm lap, she loves to sit in front of the fireplace now, and occasionally finds a string to claw at. Hopefully, again, this is just a temporary thing.

In the end of October, I was into…. 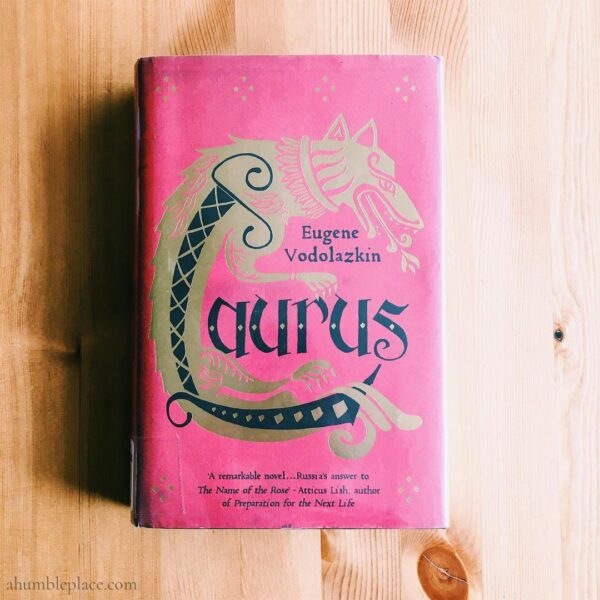 Laurus. I honestly don’t even know what to say about this book. It was very poetic, right down to the lack of punctuation in the dialogue. I would also compare his play of words to Nabokov, but then Nabokov wrote his books in English and this one was translated by someone else, so it’s probably not the same thing. But it did remind me of his writing style (especially Lolita). Maybe it’s the whole Russian thing. 🙂 At any rate, this was extremely good while also being extremely strange. Because I can only read in short bursts and it was a little long compared to others I’ve been tackling lately, this is the only book for myself that I managed to finish this month. Hopefully November affords more reading time.

Henry Huggins. (With B.) I grew up reading the Ramona and Beezus books but I never ventured into the land of Henry Huggins. B liked this one a lot. We originally started reading Peter Pan from the AO Year 1 free reads, but as we got further into it, it was a little too violent for me so we put it aside. In Honey for a Child’s Heart, Gladys Hunt recommends it for age 9, so we may try it again then. We also read The King of the Golden River. I found a used illustrated copy through Bookfinder for $3 and the seller was so awesome that she included the copy I ordered along with a vintage copy in beautiful condition published in 1946. I heart books.

I’m currently reading Gulliver’s Travels (for the Back to the Classics Challenge), Mind to Mind, Formation of Character (with my Charlotte Mason book club), and The Lifegiving Home. B and I are reading Little House in the Big Woods. 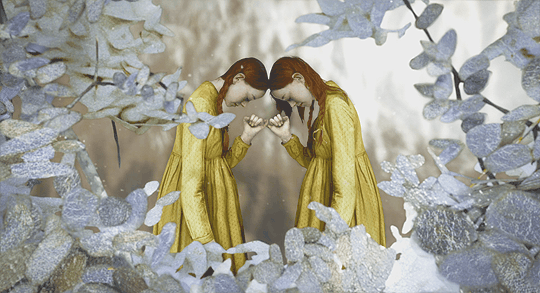 As usual, we’re plugging away at our fall tv shows: The Last Man on Earth, The Middle, The Goldbergs, and The Good Place. Meg and I have also resumed our weekly Monday night Poldark dates on iMessage….awww. 🙂

On a whim one night when I had about four piles of laundry to fold, I decided to give Anne with an E a shot. I’ve heard mostly bad things about this series…that it wasn’t true to the books, that it was too modern, that Lucy Maude Montgomery would be appalled, that if you’re an Anne series purist, you’ll hate it. Sarah Bessey was actually the only positive review I read and even after that, I was still skeptical.

I’m not anymore. I love this series. Love it. I love the opening, haunting-but-beautiful, sequence and the image above is especially incredibly powerful to me. She was her own only friend for a long time….probably her entire life before she came to Avonlea. Every aspect of this series has more than one meaning. The (unknowingly) inappropriate conversations about the mouse in the pocket and people making rash judgments about her because she was an orphan. Her endless need to fill silence with chatter (and subsequent reprimands about talking too much) and escape to the nirvana of her imagination. Her completely flat-out annoying personality. Her overwhelming and heartbreaking desire for just one friend and to just.be.loved. All of this…I can relate to (as I know others can too).

In ways, this has been a hard series to watch because much of it mirrors my own childhood. I wasn’t an orphan, but I grew up without a mother and moved many, many times when I was young and all the other things, aside from eventually being adopted into a beautiful place like Green Gables…..well, they feel awfully familiar. It may not be completely true to the books, but I honestly think that it captures the spirit of them and translates them in a way that modern-day readers get more of a sense of the story that Montgomery was trying to portray. So far, this has been an excellent series.

On the movie front, E and I rented Wonder Woman a few weeks ago with a lot of anticipation considering all of the hype it received. He actually fell asleep midway through and I just kind of groaned a lot. I’m sorry, people who loved it….it just wasn’t for us. 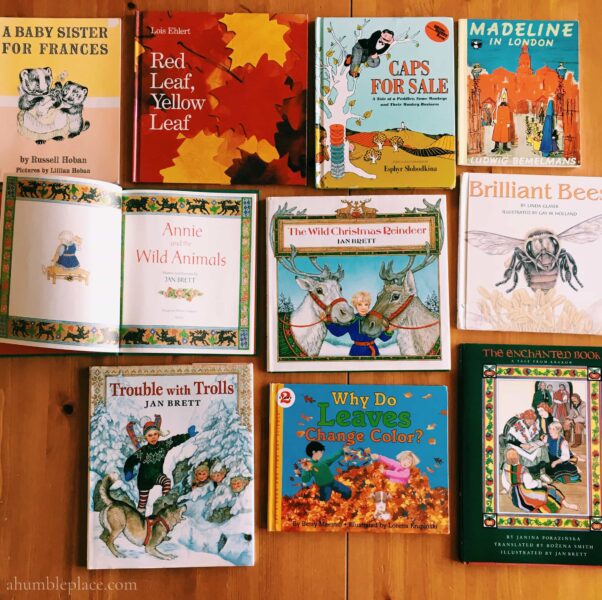 Because of Camilla’s health issues, we’ve been dealing with a lot of cat poop and urine in places where they’re not supposed to be in our house (ie. outside the litterbox). After her second enema a few weeks ago, she leaked poop continuously for about 20 hours. It was awful. And gross. And really smelly. So I broke down and ordered a new essential oil diffuser and let it puff out an air-cleaning EO blend constantly in various rooms of the house until the cat waste smell was gone (I hope, anyway…please forgive the odor if you ever happen to come to our house). On that note, I’m also loving Nature’s Miracle. Our old standby for pet stains, Bac-Out, just wasn’t cutting it (though I still love it for diapers), so I picked up some of this stuff at Natural Grocers and it works so much better.

I’m also loving these thermoses (I picked them up at Costco for $14 for two) and Sweet Harvest Pumpkin tea. I’ve always had the problem of making myself a cup of tea in the morning (I’m not really a coffee person…I know: 😱), then being distracted by, you know, life, and finding it hours later abandoned in a corner of the kitchen counter, half full and luke-warm at best. I tried one of those warming plates for a while and it kind of worked well except I had to remember to put the mug back on the warmer….which was inconvenient. So I decided to give the thermoses a shot and my tea-drinking life is changed. I think I might now even consider myself a “tea-drinker.”

And, best of all, library book sales. Our library has a dedicated room in the back for selling used books and my at-least-once-per-week visits to the library usually include a stop in this room. This month I picked up a great little stack of books for the kids, including several Jan Brett stories (she’s one of our favorites for her beautiful illustrations), all for $5. I also splurged on an entire set of 2015 World Book encyclopedias (originally sold for $1300) for $90. I know, with the Google, it probably doesn’t make sense to most people, but I love having physical copies and being able to hand them to the kids when we want to look something up instead of handing them a screen.

That Time #Ramona Made Everyone Smile For A Few Minutes. The few times that I’ve had to temporarily fill the role of social media manager for various clients have been incredibly stressful for a number of reasons, including this one. Still….this was definitely a happy mistake.

Charlotte Mason Picture Study Aid: Winslow Homer. I had fun putting this one together. 🙂 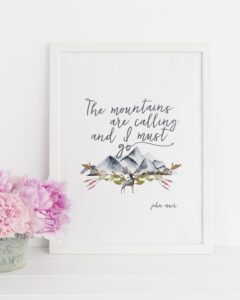 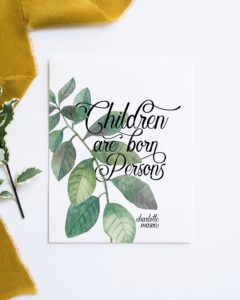 The house finches are still going strong, but the juncos are slowly edging in and we’re getting groups of 3 and 4 coming. I can’t remember when the change was made last year….but I’m sure it’s coming. The mountain and black-capped chickadees are still coming regularly and cheering everything up. Have I mentioned yet that I love them? 😜 We’re also getting regular visits at the dinner bell feeder (wrapped around the bottom with his head sticking through the cage) from a male northern flicker, yellow-shafted instead of the red-shafted that came to our old house, which is kind of fun (though I think I kind of like the clown-like red markings next to the red-shafted mouths better than the black ones on the yellow-shafteds). And, of course, we’re getting our scrub-jays and magpies (especially when we put out peanuts) as well as collared doves. On the ground, the chippies are still around, though I’m not sure for how much longer. Blue jays and Steller’s jays have also occasionally been dropping by, but the scrub-jays seem to be particularly territorial and scare away any other jays that happen to come to our yard. It’s sad because I really like the Stellers’.

Last week, I went out to get the mail and heard the unmistakable sound of a group of bushtits in the front aspen trees. I sat for a while on the front porch, listening to their tiny chirps and watching them hop around on the branches. I really, truly am a dork. 🤷‍♀️ 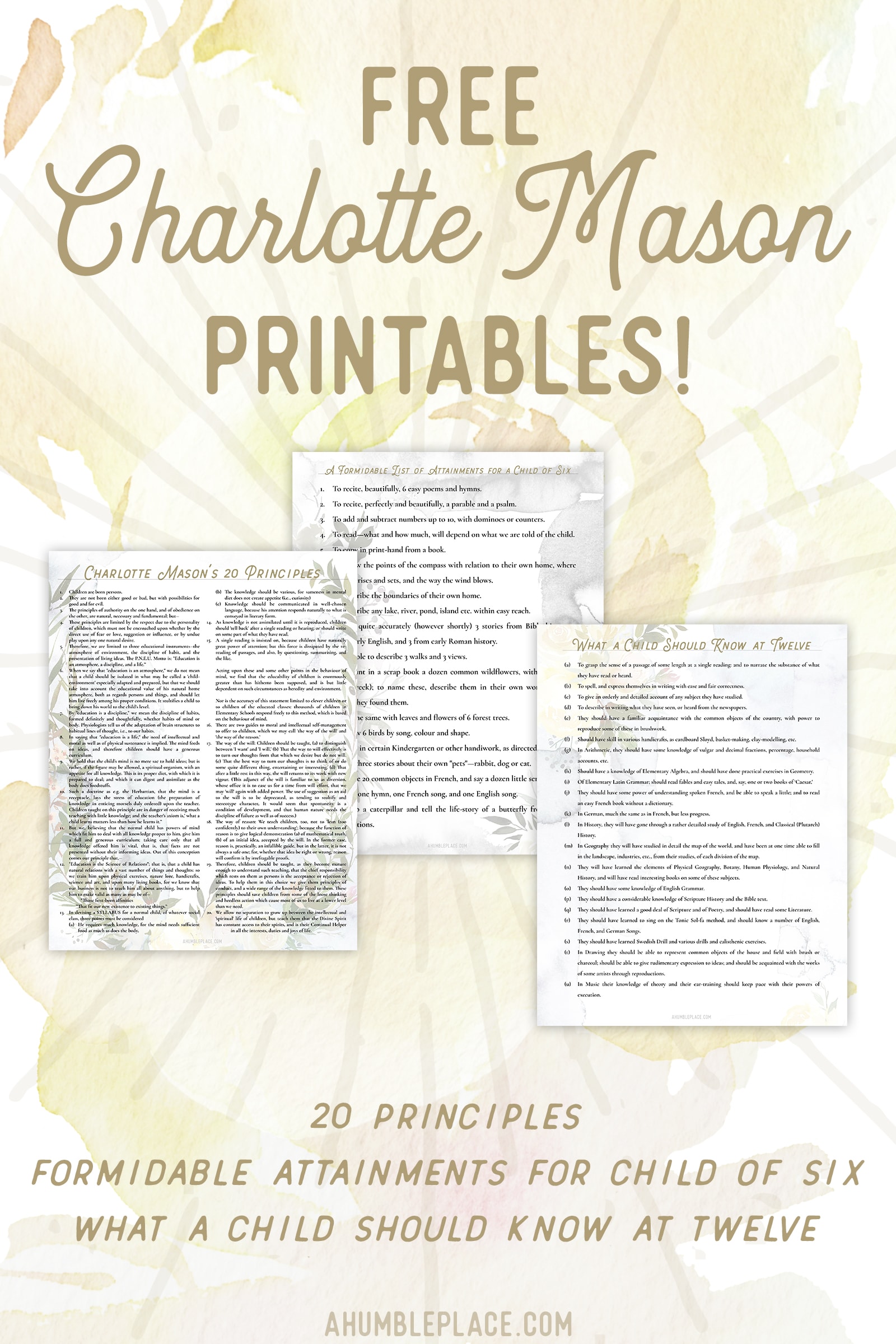