Home > Charlotte Mason-Inspired Kindergarten Curriculum (Term 1)
This post contains affiliate links and I may be compensated if you make a purchase after clicking on my links. Also, as an Amazon Associate, I earn from qualifying purchases through them as well. 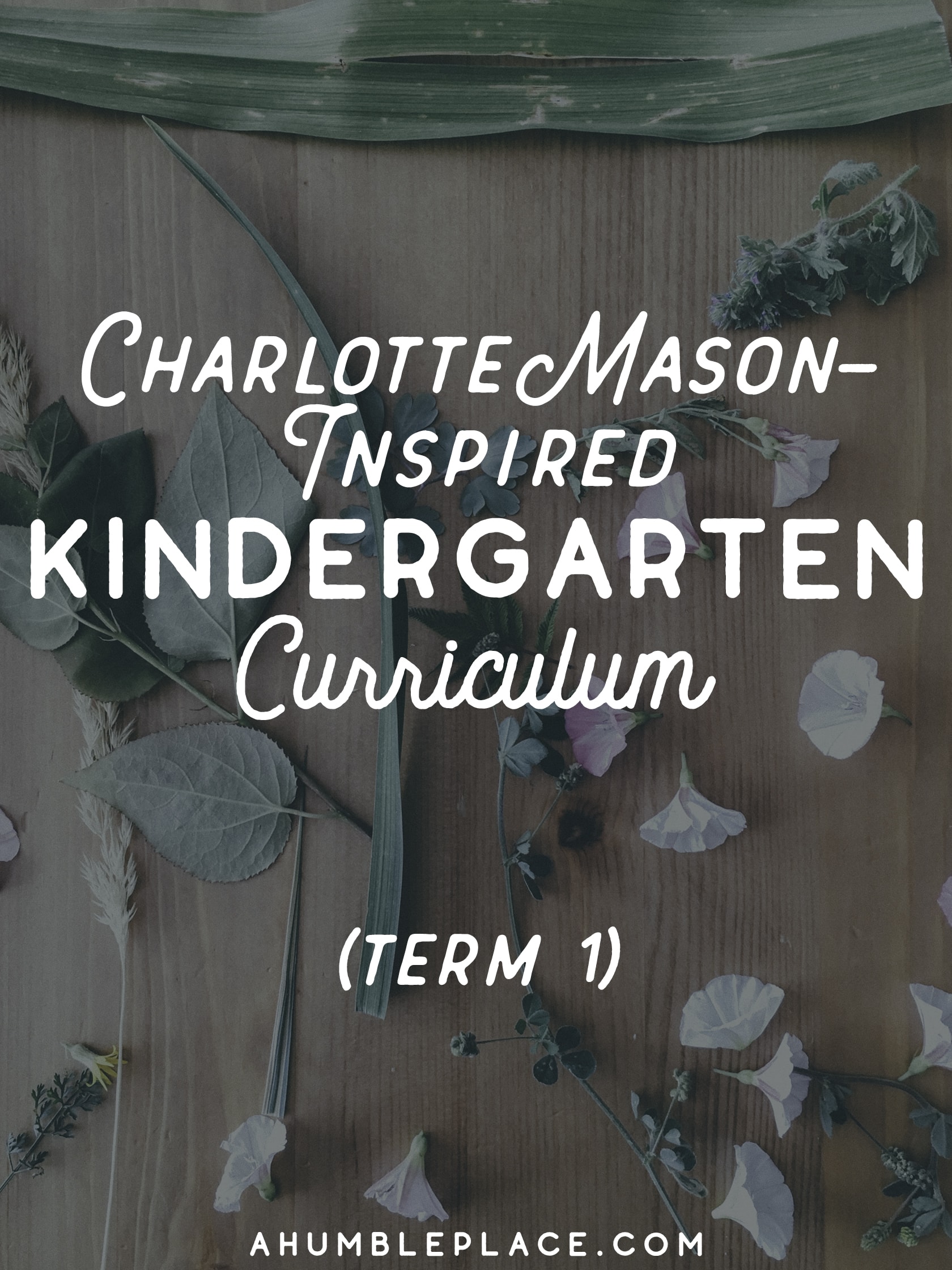 The kindergarten curriculum is now available as a downloadable ebook with a complete, week-by-week schedule, supply lists, and more!

It is with some trepidation that I’m announcing that we’re ready for the first term of kindergarten to begin in just over a month…..eep.

I’ve actually been working on this for over a year now because that’s how I am. I changed my mind over and over again about whether or not to just start him on Ambleside Online’s Year 1 now, or try and do a kindergarten year. My dilemma really just boils down to where his birthday happens to fall in the year….August. It’s like this blackhole of school-start uncertainty…. Wait a year and have him be one of the oldest in his “class”…..or start him young? I’ve been of the mindset that waiting is better than starting too early for a while now (and I should emphasize that Charlotte Mason suggested waiting until the age of six to start any kind of formal instruction), so I’ve just kind of stuck with that up until now (which is why we didn’t start last year). My natural penchant for being lazy has also agreed with this plan. 🙂

I did know, though, that I wanted to at least start something this fall. After asking for advice and mulling it over, I decided to wait until next fall for year 1 and use this year to get us both used to a more structured homeschool (we did do a preschool curriculum, but it was very loose so this will be just as much of a learning process for me as it is for him). Thus my version of year 0.5 (referring to something between AO’s Year 0 and Year 1) was born.

I’ll readily admit that I hodge-podged this together from various 0.5 curricula I found on the internets (including this extremely thorough one and another one that I, unfortunately, haven’t been able to find again). I was hoping to find the perfect one somewhere, but there actually aren’t that many posted online. So, I took what I liked best from the few I was able to find, added a few more things that I thought would fit well, and made my own. I hope the amazing women who came up with their own from scratch don’t mind me borrowing some ideas from them!

I’ll also admit that I am not a Charlotte Mason expert by any stretch of the imagination. I even hesitated adding her name to the title of this post because I don’t know that all of my choices here fit her teaching principles 100%. But she was the impetus for me making this and I’m trying to stick to living books as much as possible (or at least, my understanding of what living books are), so I decided to cite her as my inspiration. The use of living books is also why this curriculum looks dramatically different than most others you’ll see.

Also, a disclaimer in that this is not an exhaustive kindergarten curriculum for states in which kindergarten is required (especially as it does not include any kind of reading instruction). Colorado does not currently require kindergarten attendance.  If you happen to like this curriculum and download it for your own use, please make sure you’re meeting your state’s requirements for subjects covered, etc, if necessary.

We also do verse memorization, which isn’t listed on the schedule but is worth mentioning. We work on this every morning during breakfast using the Simply Charlotte Mason Scripture Memory System (free).

Another option here would be any of the Among the…People books by Clara Dillingham Pierson (all available for Kindle for free). We’ve actually read all of them already, which is why I didn’t include them here.

Along with the reading mentioned here, we’ll be going on hikes at least once per week. This has become a habit for us and is really the best way to observe the natural world, especially if done on a steady basis on one particular trail as it allows us to see how things change through the year. I’ll also be picking up a few sketchbooks and we’ll attempt nature journals….attempt being the key word here. 🙂 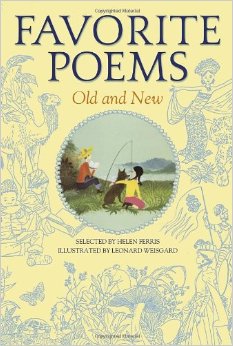 This entire reading list was downloaded from the Water on the Floor curriculum. I was so excited when I found this as the other curricula had just mentioned a single nursery rhyme per week and a single poem per day from a children’s poetry anthology. I liked this one so much better because it sticks to one poet per week which I think gives him good exposure to different styles of poetry as well as introducing him to a variety of different poets.

*This was formerly Arithmetic for Young Children, but I found that I needed a little more instruction than what that book provide. MEP has been fantastic so far with daily interactive activities that I can save in a binder for eternal memories (aw). B is also really enjoying it as it’s a little less question-after-question-after-question than AYC was. I also love that MEP is free!

Generally, I print out the pieces from the art study on card stock and laminate them (I have this laminator). Then I sit down with B and look over it with him before hanging it on the wall for two weeks so we can look at it whenever he’d like (you can see this written out in more detail here). As he gets older, I want to bring more to the artist study (obviously). But I think this is good for now, especially as I don’t want to crowd his brain with my interpretation and understanding of the paintings and let him use his imagination when he looks at them.

For the music study, I usually play a piece first thing in the morning while I’m making breakfast (or driving somewhere in the car or folding clothes, etc.) for two weeks before I move on to do the same with the next piece. I’ll sometimes mention the composer’s name and the title of the piece, but I don’t go into a lot of details. The point is really just that they are exposed to this type of music. B is getting a little MP3 player/radio for his birthday, so he’ll be able to listen to it in his room as well.

I originally had Sewing School here, but during a particularly insomnia-ridden night, I remembered that I had these books sitting on my bookshelf already. Honestly, I have no idea if each project is going to take us a month, so we may end up doing more. But I wanted to be sure he had plenty of time for each one he wanted to do.

This is something we’ve been working on, but I wanted to make sure I had specific habits in mind when we start the year. Outdoor Life seemed like a great place to start for a Charlotte Mason-based curriculum. 🙂

I tried to keep cost to a minimum when I put this together, so quite a few of the books are available for free on Kindle or were ones we already owned. For the ones we didn’t, I’ve been able to use Bookfinder to find them at great discounted prices.

I’m still working on Term 2, which won’t begin until January. Once I have that finalized, I’ll be posting that here as well.

I hope someone finds this helpful! 🙂

This post is part of a series on our Charlotte Mason Kindergarten year. You can read the others posts in the series here:

The kindergarten curriculum is now available as a downloadable ebook with a complete, week-by-week schedule, supply lists, and more!