Home > System Status: August 2016
This post contains affiliate links and I may be compensated if you make a purchase after clicking on my links. Also, as an Amazon Associate, I earn from qualifying purchases through them as well.

I know, I know. I’m late and it’s already September, but better late than never, right? 🙂 I honestly don’t even know how to start this post. I’ve tried writing three introductions and none of them encompass well how crazy the month of August was.

Included in the last month was the end of a pretty large project as well as a website overhaul for my little business, planning and celebrating B’s 6th birthday with a party, a camping trip to the Great Sand Dunes (COLD), painting C’s room (finally), planning B’s kindergarten year (which starts next week!), working in the yard and around the house, and, of course, life in general with 2 small children.

Did I also mention that E quit his job and started his own business this month? That happened too….. 🙂

So obviously that’s an understatement. This was an absolutely huge thing for both of us. There were many times when E was laid off that we entertained the idea of him becoming a consultant or starting a business of some kind, but we didn’t see how it would be possible. There were so many hurdles we’d have to overcome before that could be possible that it seemed easier for him to just get a job at another company that already existed. But I loved thinking about it…. about him having his business and working from home and being his own boss and doing the things that he enjoys doing and just thriving. I also loved thinking about being able to live wherever we wanted and living simply and debt-free.

I honestly didn’t think it would ever happen after he was re-hired by his former employer last August as I figured this was just how we were going to go. We bought this house and moved and life goes on, though I was very thankful for that job and the fact that we had income again and we were able to finally move into a house. But then big changes started occurring and conversations happened and now, here we are….. He’s a small business owner and the future is looking….bright. It’s of course nerve-wracking, thinking about what could go wrong, but it’s also incredibly exciting. Thinking about the kind of life we (hope we) can live and the kind of life we (hope we) can give our kids if this is a success.

In the end of August I’m into….

This month I was slower with the books than usual, though I think they were also longer than usual. According to Goodreads, I’m still 3 books ahead of schedule for my reading challenge!

I finished Harvesting the Heart by Jodi Picoult. I actually started this one once before and then abandoned it because I think a book I had been waiting for finally came in at the library. At any rate, I liked it a lot. A girl grows up without a mother and then panics when she becomes a mother herself as she has no idea what she’s doing. Obviously I could relate to this one. 🙂 The two Picoult books I’ve read (this and Leaving Time) have had some magical elements to them (though not quite as blatant as Sarah Addison Allen) and I’ve really liked her work so far.

I also finished A Tree Grows in Brooklyn by Betty Smith. I’ll admit that I wasn’t sure I’d like this one even though it’s made it on countless must-read lists. I ended up loving it (so much so that I started looking at tenement photos on Shorpy) and I was excited to discover that it’s part of the Ambleside Online curriculum (free reading in year 11).

I just barely finished Eligible by Curtis Sittenfeld before the end of the month. Though it was entertaining at parts, I didn’t care for it over all. I tried to keep an open mind because it was supposed to be a retelling of Pride and Prejudice but it just….wasn’t good. I don’t know if it was the narrator (Cassandra Campbell who sometimes I love and sometimes ruins the story for me) or that I’m an Austen “purist,” but I just didn’t like this at all.

I’m currently reading The Readers of Broken Wheel Recommend by Katarina Bivald. B and I have finished a lot of shorter books this summer (we just discovered Jenny Linsky and oh.my.gosh what an adorable series of books!), but we’ll be starting in on bigger ones next week for kindergarten!

After last month’s epic Broadchurch marathon, the beginning of August was pretty dull by comparison. I tried The Crimson Field but only got about halfway through the first episode (though I do want to keep going with it). We watched one episode of Raiders of the Lost Art which I obviously found interesting, but E not so much. We also tried a few other shows on a whim and didn’t even make it through the first episodes as they were both awful. At the end of the month, in fact just a few days ago, we found All or Nothing which we binge-watching to try and finish before it was no longer free on Amazon at the end of the month because…football.

Next month? Next month is (real) football and new tv shows!

Early in the month, we watched Steve Jobs. I thought it was interesting how every scene was before a major announcement and it took me a while to recognize Kate Winslet. It was interesting.

While E was working one night, I finally watched When Marnie Was There, which I think will rank among some of my favorite Studio Ghibli films. It made me want to read the book!

We started watching The National Parks: America’s Best Idea by Ken Burns because it turns out that I, at least, am a big National Parks dork. Hopefully we can finish the series this month.

I tried a few new recipes this month but none of them were hits (and, in fact, one was a MASSIVE failure). Now that we’re heading into fall, I’ll be diving into pumpkin recipes in the next few weeks. I love this time of year.

Our window hummingbird feeder. This is one of the best inventions ever for bird dorks. We suctioned it to the picture window in our eating area and when we sit down to each just about any meal, we have hummingbirds stopping by to join us. I’ve been able to get some great pictures and we’ve given all of the birds nicknames since we’re able to see them close enough that we can tell the difference. It’s so much easier to clean than traditional hummingbird feeders as well.

Pocket scrapbooking. I’ve never really jumped on the scrapbooking bandwagon because my only experience with it was from the early- and mid-90s when women in my church were making these crazy intricate books full of photos and paper cut outs and embossed stamps and they were really fragile and it took hours to put together just one page. I don’t really have time or patience or talent enough to do any of that stuff. However, last year, my friend Meg introduced me to the world of pocket scrapbooking and I started looking into that more this month when I found this amazing example through a random search about something completely unrelated. I picked up some pocket pages at Michael’s during a sale and have been using the Collect (it was free when I originally downloaded it, but it’s now $2.99 with some great bells and whistles) and VSCO (free) apps to make the whole scrapbooking process incredibly easy and streamlined. I love that we’re going to have a record of things now and it won’t take me hours and hours and hours and hours that I don’t have to get it all together!

Autumn. I think I’ve waxed poetic probably every single year since I started blogging about how much I love this time of year (I even made a free desktop wallpaper last year). I absolutely adore it. Cooler weather (though we somehow made it through the entire summer only turning the air conditioning on three times), pumpkin foods, changing leaves, new tv shows, football. I could go on and on.

I was quieter this month due to the busy-ness, but I did manage to get one post out in preparation for next week!

Charlotte Mason-Inspired Kindergarten Curriculum (Year 0.5). It has gone through a few versions since I posted that (I’ve posted updates as well), but I think we’re set now…..I hope, anyway. 🙂

At the feeder right now, we’re seeing some new birds, which has been fun. We’re currently getting house finches (of course…always), collared-doves, magpies, lesser and American goldfinches, broad-tailed hummingbirds, and two new ones: western scrub-jays and starlings. Not coming to the feeders but in the yard all the same have been mountain bluebirds and, one of my very favorites, the absolutely gorgeous cedar waxwings. 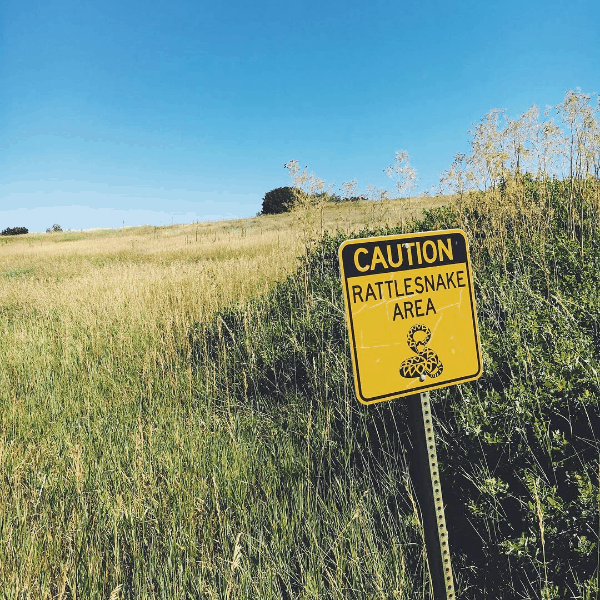 A warning on a recent local hike. The snakes definitely make the hikes more exciting.

Lenten Art Devotions are back in stock and this year's are now available! Dismiss

We use cookies to ensure that we give you the best experience on our website. If you continue to use this site we will assume that you are okay with it.OkPrivacy policy