Home > System Status: November and December 2017
This post contains affiliate links and I may be compensated if you make a purchase after clicking on my links. Also, as an Amazon Associate, I earn from qualifying purchases through them as well. 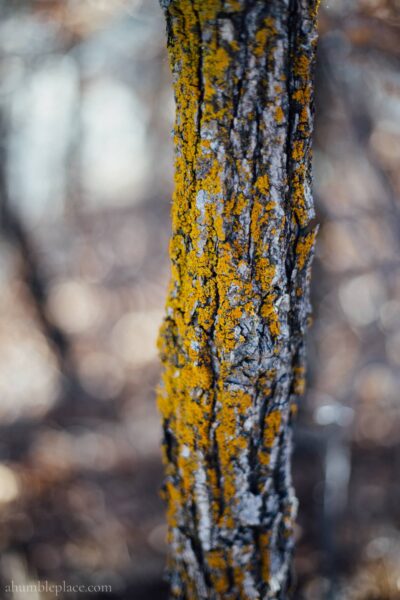 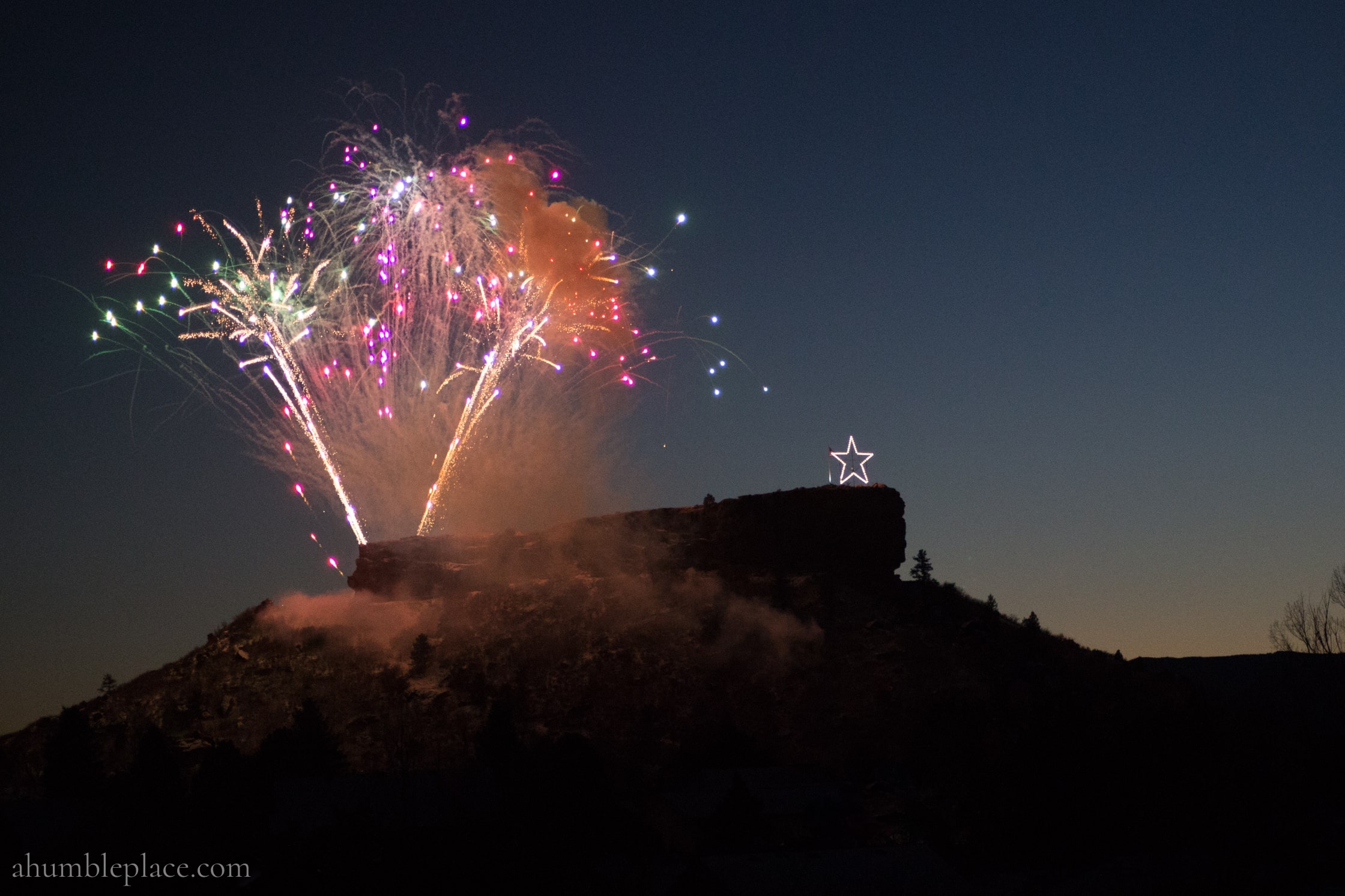 November was hard. Less than a week after my last system status post, we said good-bye to Camilla. It was sad. Very, very, very sad. And hard. And we miss her. This is what I wrote on Instagram about it:

Last week was hard. The same day we said goodbye to our 20-year-old cat marked the 13th anniversary of our wedding. This was the first year since we got married that we didn’t make trek to the golf course where we exchanged vows back in 2004 or even celebrate in any way. It was just a sad, sad day. Two days later, my husband was on a flight for a 4-day business trip in the Midwest where he worked 20-hour days. On Friday, I packed the kids in the car and made the heartbreaking trek to the vet to pick up her ashes. I’ve just been feeling kind of done lately.

It’s amazing to me how all the quiet, simple routines created with a cat who has been in your world for 18 years can just be so incredibly painful when they’re no longer needed. I know she was a cat, so there is some perspective there, but she was a constant during years of tumult. She loved laps and attacking door frames and warbling (loudly) when her food dish was empty. She meowed at doors and figured out how to open them in our old house. In her later years, she always, without fail, found a lap available to curl up in within 1 minute of one of us sitting down. She was crotchety but so, so good with the kids. I miss the warm little lump of her at the foot of the bed at night. I just, really really miss her.

And I still do. She knew us and we knew her and nothing can replace that familiarity. We ended up getting two new cats (the kids named them – Gracie Pye and Jenny Linsky) in mid-December after pondering it for a while. I missed having a cat around (my first lengthy amount of time without one since 1994) and we thought it would be good for the kids to have some animals that could be their pets while they’re growing up. Camilla wasn’t really a “kid” cat in that she was so old by the time B was born (already 13), that she was never playful or did any “fun” cat things. So the kids didn’t know what it’s like to have a young cat around. The two we got are young – around six months and one year – and came up on a truck from Texas after Hurricane Harvey. There has definitely been some adjusting and the cats are still pretty timid around the kids (they do come out at night when E and I are watching TV together), but we have hope that we’ll all warm up to each other as time goes by.

I’ve said in numerous places that I’m not big on new year resolutions, yet I find myself still taking stock, looking for ways to be better, and wanting to tackle some projects I’ve had in the back of my brain for a while. That is one of the reasons I did this. I have one more large project to finish for a client and then I can focus more on this space and all it involves, so I’m feeling pretty good about what the new year can bring in this space.

In the end of November and December I was into…. 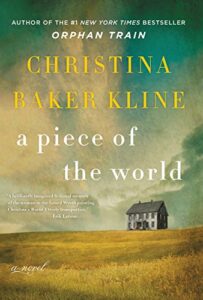 In November, I didn’t finish any books for myself, however, in December I finished The Jane Austen Project. I’m not normally into the Jane Austen extended universe, so I was a little wary about this one. It came with a lot of good recommendations, though, so I gave it a shot and was pleasantly surprised….until the end. This version of Jane Austen was very believable and likable and I wish the narrator had had more time with her. It was a great story (and a quick read) until the end which I really didn’t like (which is also why it got 3 stars instead of 4). I’m still not sure all Jane Austen fans would like this, but it’s at least worth a try.

I also finished Gulliver’s Travels for the Back to the Classics Challenge. This was surprisingly enjoyable. I say surprisingly because it’s really old and I’m shallow and assumed it would be hard to get through. I enjoyed the political observations quite a bit and it was entertaining except for Lagado – that was brutal. I also found it interesting to read that speculation exists that Swift was going insane toward the end of writing this book and the last few chapters with the Houyhnhnms have been used as evidence, but I think he could’ve only been in a very right mind (albeit extremely tongue-in-cheek) to come up with commentary like that.

For the last book of the Back to the Classics reading challenge, I read A Day in the Life of Ivan Denisovich. In college, I took a class covering the history of Russia from 1917 on which was extremely intense (400+ pages of reading per week), but also very interesting and this book would’ve fit in well as a living book in that course. The story wasn’t overwhelmingly depressing as I had originally thought it would be as I couldn’t imagine life in the gulag would’ve been all that rosy. And it wasn’t a pretty picture, yet there was hope to be found in it…or at least a little optimism on the part of the protagonist, which I think made it more real.

At the very end of the year, I finished A Piece of the World in about six days, which is pretty good for me these days. I like to read historical fiction about art because I invariably learn something new about the artwork or at least about the artist, not necessarily because of the book itself but more so due to me Googling it out of curiosity. The fiction element adds a personal touch that allows the facts to make themselves at home in my memory. This one followed suit and I read quite a bit about Andrew Wyeth (and Christina Olson, for that matter) while I was also reading this.

B and I also finished The Little House in the Big Woods (from the ancient set I got when I was 11), The Boxcar Children (an even more ancient version I was given when I was six)

I’m currently reading Orphan Train, Mindfulness: An Eight-Week Plan for Finding Peace in a Frantic World, and
Formation of Character.

All of our regular shows have been on winter break, so we’ve been experimenting with other shows. In December we watched the last and final season of Broadchurch, which was so well done as the first two seasons were (Ellie is one of my favorite TV characters ever), but was also very disturbing. AND there was no closure for Miller and Hardy. So I think there needs to be another season. We’ve also been binge-watching Shark Tank….I can’t remember why that started, but the show is surprisingly interesting and we definitely have our favorite sharks.

On my own, I decided to try Victoria but it didn’t really interest me after the first episode. I also tried The Crown and E was interested in that as well so we may keep going with it. Randomly, we started watching the Netflix season of Arrested Development again. We were fans of the show when it was first canceled and were excited to hear they were making another season, only to be disappointed after the first few episodes. Maybe our tastes have changed in four years? Who knows? I’ll just be glad when our regular shows return.

One the movie front…. EXCITING NEWS, friends! EXCITING! E and I went on a DATE and I got to see a move in the THEATER for the first time in eight years. Yes. Eight years. And we saw STAR WARS and it was EPIC. We went to a drafthouse theater, so we had a server and food brought to us and everything while we watched the Rey-Lo romance unfold. Of course as a former Star Wars-obsessed teenage girl (remind me to show you my autograph collection some day 😳), I had issue with a few things (floating Leia, Ackbar > Holdo, Benicio, holo Luke), but the story was just so good that they were easy to overlook. Our favorite part: the epic and destructive hyperspace jump and subsequent silence. Amazing. 🙂

At home we watched Spider-Man: Homecoming (funny and well-done as most Marvel movies are) and Elf (we saw this in the theater together when it first came out….we were so young).

Simple Mills. Natural Grocers started carrying this line of grain-free baking mixes (as well as pre-made crackers, cookies, and frostings) not too long ago and now Amazon Subscribe and Save has them too. I make the Artisan Bread Mix at least once or twice a month, sometimes more, and the Chocolate Muffin and Cake Mix with the Chocolate Frosting is amazing.

Traditional Medicinals Seasonal Sampler, Elderberry Syrup, and Oscillococcinum. We seem to be in the habit now of getting hit with colds right before Christmas and this year followed suit. I love natural remedies and these three are some of my favorites.

Meal Planning with Plan to Eat

It’s the normal crew these days: house finches, juncos, chickadees, and scrub-jays. We get the occasional other random bird: bushtits, flickers, and sometimes goldfinches, but the feeders are pretty quiet these days. We received a gift card to Wild Birds for Christmas so I’ve been pondering getting another pole system, but E nixed that so we’ll most likely use it on food and random feeders I decide that we need throughout the year. 🙂