Top
Home > System Status: Summer 2017
This post contains affiliate links and I may be compensated if you make a purchase after clicking on my links. Also, as an Amazon Associate, I earn from qualifying purchases through them as well.

Well, it’s been…..a summer. It’s been a pretty terrible summer, to be perfectly honest, but who wants to read about my crummy summer? Instead, here are positive highlights! 🙂

We went on a little road trip down to Durango in June and visited two National Monuments. We had been to Mesa Verde back in 2011 and were sad to learn that we couldn’t climb around Spruce Tree House anymore, but we also got to see Aztec Ruins which was a new one for us.

In the beginning of August, we visited our raw milk dairy to pet some cows, hold some chickens, chase some pigs (in their 60-acre pasture), and chat with our farmers. We’ve been there before but it’s always fun to go up and see what changes they’ve made as well as gush over calves. Honestly, I really do believe that calves are the cutest of the farm animal babies.

Taken when we first arrived at Fort Laramie through the solar filter.

This was during totality with no filter on the camera. I was more than a little excited when I saw the flares while I was processing these photos.

This was just as the moon started to move away from the sun with no filter.

On August 20th, we drove up to Greeley, where I lived for a year when I was in college the first time, and stayed in a hotel (C’s first hotel stay). After supper in the evening, we drove over to my old campus and got to see how much it has changed in (almost) 20 years! Those kids are spoiled….we stayed in cinderblock dorms with no air conditioning and barely any heat back in the day. The next morning, E got us all up at the crack of dawn to head north to Wyoming where we would hopefully get to totality. Timing was tight and there was some stress on the way as we weren’t sure we were going to make it, but we pulled into Fort Laramie with about 20 minutes to spare. It was amazing. Absolutely amazing. I had no idea you could take off the eclipse glasses during totality until I was watching through them and suddenly couldn’t see anything anymore. It got so cold and quiet, other than gasps from the people around us, and was so surreal. It was all completely and utterly worth the 8-hour (which should’ve only been 3.5 hours) drive home. At the last minute the week before, I ordered a solar filter on Amazon and made my own Frankensteined solar photography setup and I’m SO GLAD I did.

At home, we had a few game-changers in that C is finally potty trained (🎉), which means nearly seven years of washing cloth diapers every other day finally came to an end. B also decided that he likes vacuuming, which made me also realize that he’s probably old enough to help around the house more. So at least the house has been clean. 🙂 I also stretched my decorating skills and we finally have a living room where people can actually sit down and “visit.” It’s actually been kind of fun to test my decorating mettle. I’m embracing the hygge side.

In the end of August I was into….

This summer, I finished One Hundred Years of Solitude for the Back to the Classics Challenge (classic with a number in the title). This took me quite a while to get through mainly because I just couldn’t keep track of all the characters. It did help that there was a family tree in the front of the book so I could refer back to that to figure out who I was reading about, but it was still confusing with all the recycled names. The prose was amazing at points, in particular, the description of the first José Arcadio’s death was extraordinary. Also, there was a lot more sex in this book than I expected. 🙂

Rebecca, which I also read for the Back to the Classics Challenge (gothic/horror classic) was surprisingly good. I honestly didn’t think I would like it, but the story was compelling and kept my attention. Despite the fact that the book was published in 1938, I really didn’t have any idea whodunnit or how it all wrapped up, so the ending (and how it dragged out) was an interesting surprise.

For modern fiction, I finished The Lost Book of the Grail. As I’ve mentioned before, I like all things illuminated-manuscript and this was fun, though not the best book in this genre that I’ve read. I also hated the ending….but it wasn’t surprising.

My book group finished School Education back in June. I now have 1.5 Charlotte Mason books under my belt and we’ll be starting Volume 5, Formation of Character this month.

Because I saw the trailer for the upcoming film version of A Wrinkle in Time, I had to re-visit the book (and it also fit the “award-winning” classic category in the Back to the Classics Challenge), which I last read about 26 years ago. The Time Quintet series contained some of my very favorite books when I was younger and this was a fun little trip down memory lane. I’m looking forward to the movie.

For the “classic in translation” category of the Back to the Classics Challenge, I had originally planned on reading all of Kristin Lavransdatter until I realized that it was 1,168 pages long. Fortunately, Sigrid Undset originally published it as three separate books, so I read The Wreath for this category instead. I’ve heard rave reviews about the longer book, so I’m thinking I need to keep going with the series because The Wreath was just…okay? I feel like I’m missing out….

And one final one from this summer for the Back to the Classics Challenge was Miss. Pettigrew Lives for a Day (20th-century classic), which I read in two days. This was very nice and fluffy and a perfect escape during a particularly stressful time. Others have commented that they could really relate to Miss. Pettigrew and I found that I was no different. This was a really fun read and I loved the ending.

I’m currently reading Three Men in a Boat, The Tea Girl of Hummingbird Lane, Mind to Mind, and B and I are starting on the AO Year 1 free reads with Charlotte’s Web first. 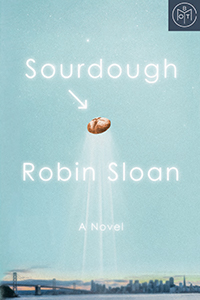 The September Book of the Month Club choices are out and because I’m in the mood for something fluffy, Sourdough was the most appealing option to me. The judge described it in this way:

Sourdough is less of a mystery to be solved than a joyful unfurling of its strange and inviting world, one almost like ours, but a bit more zany. Like baking bread, the process of reading it is where the true pleasure lies, not the end result. And like baking bread, its quirky details (a secret, experimental farmers’ market; a club for only women named Lois; an eccentric culinary librarian who collects stacks and stacks of old menus; a sourdough starter that’s a little bit Little Shop of Horrors) work together to create a work that’s greater than the sum of their parts.

It sounds quirky enough to me! BOTM is also currently running a deal where you can get 1, 2, or 3 months at $9.99 each (it’s regularly $14.99 per month). Hardcover books delivered to your door at $10/month isn’t too shabby at all. 🙂 Click on the link to get the discount.

Trying to remember everything we’ve watched this summer has proven kind of difficult, but there were a few shows that stood out. I flew through the first and second Poldark series at the beginning of the summer (and subsequently sucked Meg in!). The next series will be released in October. I kind of hate Ross right now, so I’m interested to see if he can be redeemed. 🙂

After Poldark was done, I decided to give Foyle’s War another try. E and I had tried to start watching it earlier this year, but lost interest halfway through the first episode. Honeysuckle Weeks is kind of a stiff actress and Milner’s eyebrows drive me bonkers, but otherwise it’s not a bad show.

In the movie category, we rented Guardians of the Galaxy Volume 2 last week and I loved it. Sci-fi mixed with 80s pop culture is about as good as it gets with movies for me.

In the midst of the already mentioned crappy summer, the mountain chickadees finally (FINALLY), after months and months and months of me quietly begging them to stick around on the rare occasion they stopped by, made an appearance and decided to stay. They’ve been fairly regular visitors to our feeders since July and I get to hear their scratchy little calls on a daily basis which makes my sad little heart a tiny bit happier. I am thankful for the little things.

We’ve also had an occasional juvenile male black-headed grosbeak coming to the tray feeder in recent weeks. He’s kind of a comical little fellow, always looking around and eating sunflower seeds at a rate of about one per hour. 🙂

Other than that, we’ve got our regulars still, plus a lone mourning dove who showed up one day and always seems to be on the ground, looking at us sadly through the window probably wondering where his friends are (we generally only have collared doves here).

Earlier this summer, we got to watch as tree swallows moved into one of our nest boxes, laid eggs, roosted, and raised their babies. Of the five eggs she laid, all of them hatched, but we lost one of the babies a week or two in which was sad (I had to remove it from the nest and it was so tiny). They stayed in the box for quite a while after hatching, so much so that it was very obvious when they finally fledged as it was so much quieter in the yard after that. They left quite a mess but it was a great experience and I was sad when they were gone.

And that pretty much sums up the summer!